Second stop is the Big Apple. I have not been in New York for quite some time, 2005 to be precise. This will be the third time, the first was in 1999. The flight is short and sweet and getting around is almost too easy, I only have a backpack, no need to worry about either motorbike or bicycle, I was right, backpacker travelling is like being on holiday.

I’m quickly in Chelsea, that’s where the hostel is, hostel that I would warmly recommend for both the single travellers and the people that are after individual double rooms. It’s early so I decide to go for a walk and where else could I go but to the ground zero of current US politics, a pilgrimage to Trump Tower.

And then to the golden gates of ostentation.

Veni, Vidi, Vici. Actually I can report that, not only I did not have a meeting with the President Elect, but also I will not try to become the next Ambassador to the US. The experience was a bit surreal. I had to lie to get in and it was rather anticlimactic to discover that it’s not that difficult to get through the security, even if that is made up of people with machine guns. I’m not sure the Trump presidency will be such a great thing for the USA and for the world at large, but neither I am too doomsday about it, we’ll see.

The way back to the hostel was even more scenic that the way there along 5th.

Day two in New York starts a bit wet but the plan is to stay on foot and criss cross Manhattan a bit. I’m in Chelsea and not too bar from the west side so I decide that I must go and walk the High Line. This is a disused elevated train line that has been converted in a urban park. Trees, walkways, some remaining bits of rail and the occasional artwork, an island of peace, nature and culture in the middle of the busiest metropolis in the country. 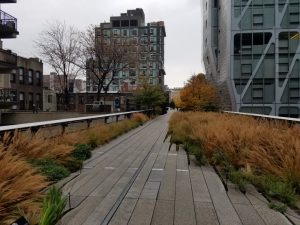 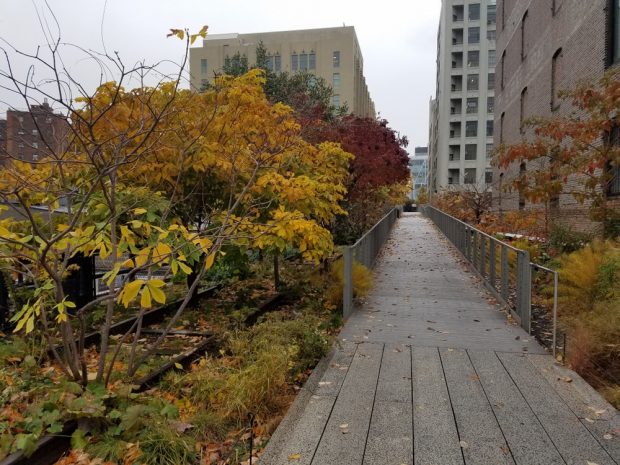 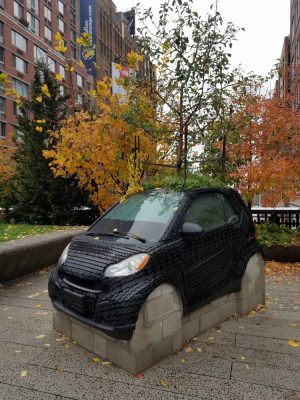 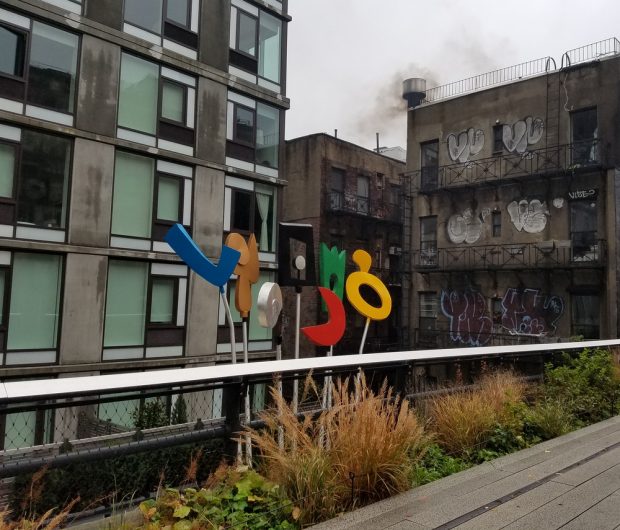 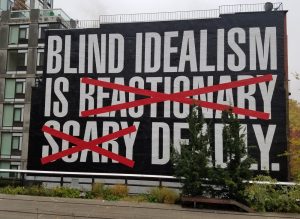 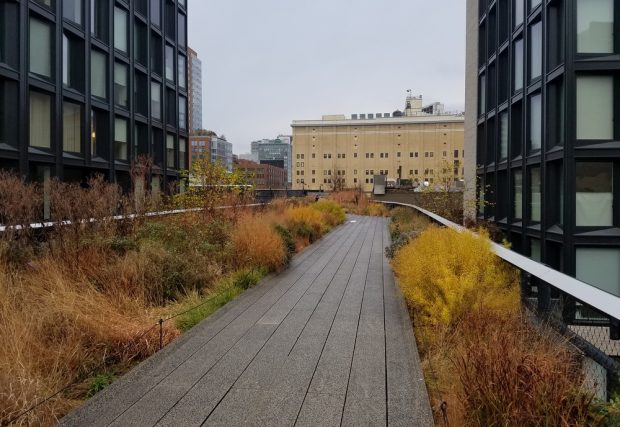 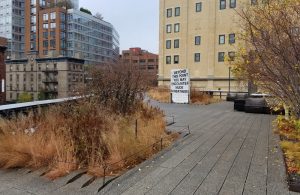 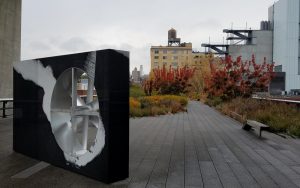 And then, once I leave the High Line it’s just a case of walking all the way down to the World Trade Centre, crossing both the south of Chelsea and of my favourite part of the NY, Greenwich Village. As I do so I stumble across the Rolling Stones Exhibition that, having closed in London is, I assume, now going on tour.

Time to go back to the hostel and rest, lots more walking than I’ve done in a long time. Still very good, also I’ve seen people going about in the rent bikes so I elect to try them on tomorrow.

After the rest it’s really early and it does not feel right to go to bed early in the city that never sleeps. So it’s cinema, to see a real gem of 2016, Arrival. 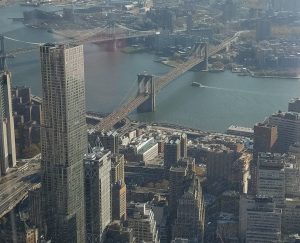 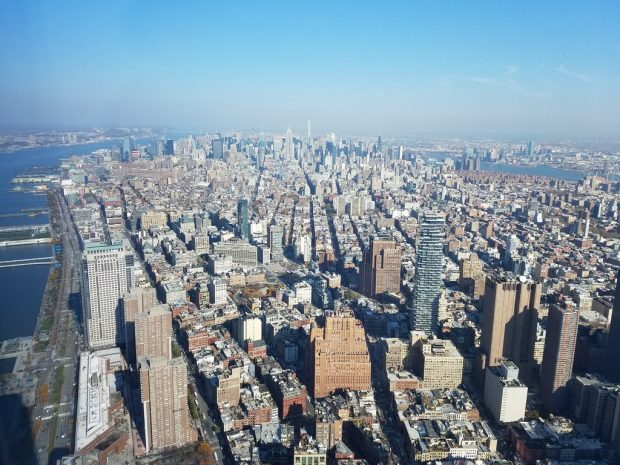 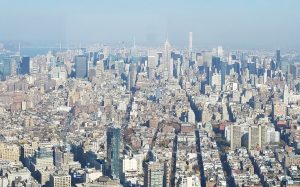 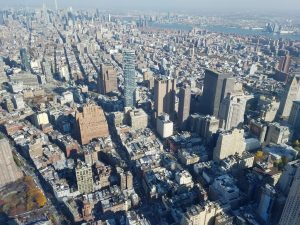 After a bunch of cycle rentals, to stay within the 20 minutes free ride, I get to the top of mid town and, with the weather being just spectacular, I decide to go and take a walk in and around the park.

The time in NY was cool, NY always is, no matter how much I want it not to be true, it is the centre of the world a we know it. It’s now off to the old continent, after a couple more stops I’ll be back home but these almost five months in North America have been really amazing.