Early morning in Three Forks, it’s bloody cold, 3º C, and it’s seven o’clock in the morning. Eric said the sooner the better so I have to go. Eric is a guy I met at Burning Man that asked me if I wanted to to for a six day rafting trip with him and some of his mates, I, in my yes phase, went for it.

So I left the camp around eight, obviously not wearing nearly enough layers and froze my but all the way to Missoula, where I got two and a half hours and a McMuffin and coffee later.

I got there when the crew was already assembled and seemingly waiting for me, this, I will learn later in the day was a bad thing. I let, unnecessarily, hurry take over me and in the process of getting my stuff out of the bike and into a dry bag, left a few items that would have been really valuable on the trip behind. This however gave me a great opportunity to winge about something for the duration of the trip.

Let me tell you a bit about the crew, Eric I met at Burning Man and he’s a river ranger and has been a guide along the Salmon river, which is the river we are going to raft 80 miles or so of. Grainer and Gonzo are Eric Friends, both guides and, finally Jesse and Laurene are a couple from Georgia who are as new friends of Gonzo as I am of Eric.

We made  a few stops on the way to the launch to get ice and beer, I thought we were getting a lot of it but obviously I did not know how the trip was going to go down. We were meant to set up and sleep at the launch point before setting off in the morning, but we started rafting straight away and camped for the first night a few miles downstream. From zero to rafting in just one day.

It transpired from the very beginning that this was not going to be a dull week. The guys were all extraordinarily down to earth and up for fun and no good, just my kind of crowd.

The Salmon river, or better the main Salmon river, not to be confused with the Middle or South Forks, runs through a gorge in central Idaho and has some spectacular rapids along it. It’s not very extreme, especially in this season as the water is low, but has loads of great spots to camp, some hot springs in the middle and, most importantly no civilisation within reach between the setting off and pick up point.

We needed to be completely self sufficient, including water and totally zero impact, including toilet and restoration of the camps to “nobody was ever here” status when leaving. This, for European can best be described as extreme camping, however it’s just the norm around here. Most of my co-adventurer slept under the stars in their sleeping bag. I, most but not all nights, took the trouble to set up my tent.

Camping on the river is just the case of finding a nice spot where to stop. We had a camp kitchen and quite a lot of food though some items we thought that would be over abundant did finish, read tortillas and tequila, while of other there was a loads left. Most of the camps we stopped at had over abundance of wood and, as a complete beginner, in the early nights I made collecting the wood for the fire my task. Camping this way is for sure fun but it also puts you at closer contact with nature, this came home with a vengeance the first night when Annie, Grainer’s dog, had a close encounter with a skunk. The smell was horrific and it lasted most of the night.

The lion share of the cooking was done by Gonzo to start with, but as the days went on we all took turns to cook a bit, even I, with my newly acquired nickname “linguini” cooked a tomato sauce to have with pasta one night. It went down ok.

Day two was, weather wise not spectacular but it was the first day I got in charge of a boat. We stopped short of the destination, the hot springs camp, as the wind was blowing up the canyon making progress a real chore, the afternoon was however gainfully spent in a mach of beer baseball. 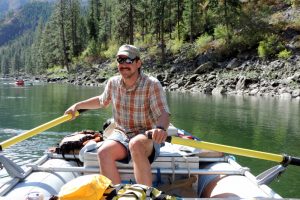 Day three was completely psychedelic, we did not cover much ground having only to reach the hot springs camp. This meant that we had plenty of time for all the good things in life and, well yes, the hot springs too.

Tequila for breakfast is truly a great way to start the day and it was down from there, so much so that we stopped for lunch and, while the only conscious one, was fishing all the other got busy in al sort of random activities. In my case it was the taking pictures of stones and marvelling at the seemingly symphonic coordination with which the tree branches were moving in the wind.

Still recovering from the night before and carrying a now rather injured Eric, back stretched in the beer baseball and probably some food problems, we move on to a long day of rafting, with good rapids and quite a bit of animal sightings. 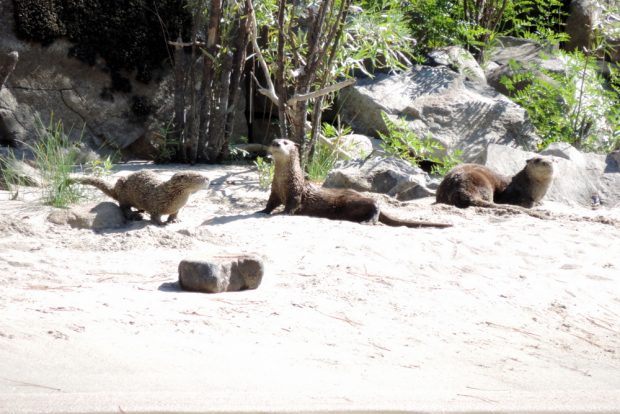 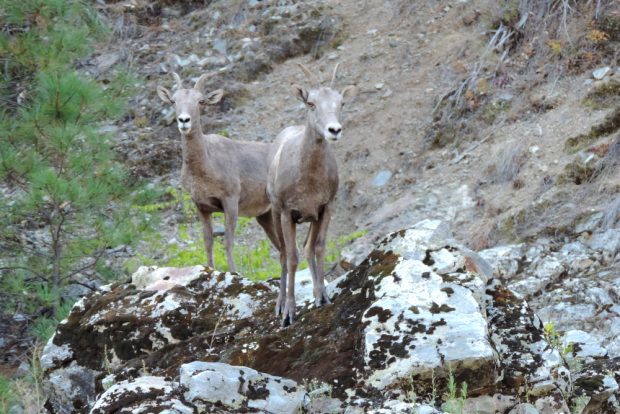 As the days went on I spent more time as master of a boat and eventually graduated to some semi serious rapids.

We run out of drinks almost completely by the last day and let me tell you that was a lot of beer. Of course that would have not happened if someone that shall remain nameless had not broken the bottle of gin on the leaving ramp.

At the end I also realised that, apparently mine was the quote of the trip. “I’s too late” which provides the title to this blog was apparently what I said on the psychedelic day answering the request coming down from the mountain asking me to stop Sadie from chewing on the wood mask we had just found on the beach. If it does not make sense to you don’t worry, there are some days where making sense it’s the last of one’s worry. It’s just the moment and living in it that becomes the king. 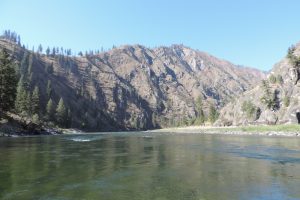 We got to the pick up point on day six, wow, was it fun or what? Despite the fact that I am ten year older than the elder of the rest I think I held my own, my mother and my way more mature younger sister would say it’s because i’m infantile, I’d say I’m still in touch with the inner child. Not sure when I will see these guys again but I know I will.