A few great days spent in the company of Dermot Siobhan and the kids. I remember something Tarn always said to me when we met them: “true friends are the ones you can, not see for a long time, and yet still feel you pick up from where you left it.”. Staying with them was a joy and I even got to do some building work, contributing to the continuous effort that will, one day, deliver the Cahill mansion its true deserved splendour.

It is quite remarkable how the motorbike attracts children while at the same time evokes dread in the eyes of the parents. Over this summer I will see these looks a fair few times.

As I left the Cahil I made my way across southern Ireland and the first stop was the Cashel.

The aim was to ride all the way to Galway where I was going to get onto the Wild Atlantic Way, a relatively new tourist route that I warmly commend to all that want to enjoy the true Irish natural beauty.

Galway turned out to be the first stop, not a long one, but sufficient to start tasting what Ireland had to offer in the way of food and hospitality. The road towards it was 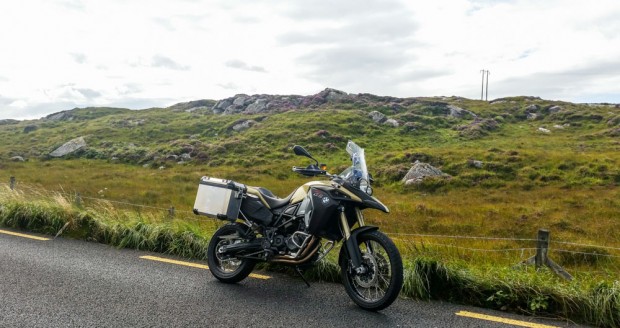 The Wild Atlantic Way runs from just outside Cork in the south to just outside Derry in the north. There is exceptionally good signage and I got lost only once in nearly 600 miles of riding.

I picked it up in Galway and followed most of the way to Derry. Only time constraints forced me to cut some of its promontories and, apart from a waterfall further north that I could not see, I think I got a pretty good idea of the Irish coast scenery.

First night not with friends I spent in Westport in a lovely B&B. The fact that this was the first day of school was a lucky coincidence, the price was low and the quality high in a region where now business were starting to compete for a diminishing number of customers. Talking to the B&B owner however it transpires that the Wild Atlantic Way is starting to create business even outside the traditional tourist season.

The evening in Westport was quickly filled with a lovely steak and a few pints of the local nectar. Westport is a fine place and it took me quite a while to choose where to eat as the choice was rather impressive. The place I eventually chose was super and yet it was the second choice as the one I really wanted to go did not have a table until 9:30 PM. This is an off season Tuesday night, I hate to think what it must be like in season. 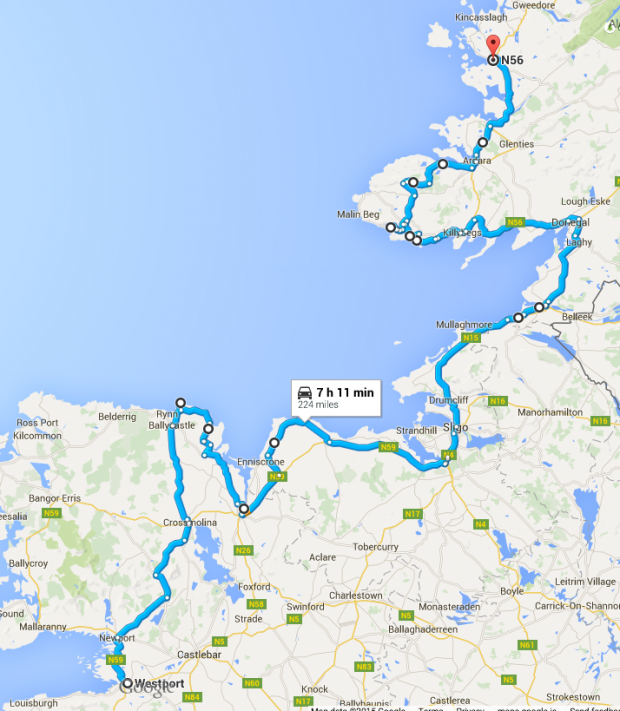 At dawn break I got up and after a good breakfast (included) I was off. Today I had two major sightseeing destination before getting to the night rest: Downpatrick Head and Slieve League.

To say that what I was seeing was stunning was a bit of an understatement but the pictures speak for themselves.

The riding was ok too, the Wild Atlantic Way continued to be well sign posted and I moved on through Sligo before I stopped for a coffee and cake in Bundoran where I encountered some keen spirits from France on a bicycle tour of Ireland.

As one does, I enquired about the cycling and most of all about the overnight stay. They said it was easy to find places to wild camp and that the farmers were eager to get them to stay on their land. This increased, if possible my liking for the local folks.

Slieve League is a well knows bit of cliff face on the west coast and it requires a specific detour to be seen. the road is quite hilly and I would have found it rather taxing with the bicycle but, on the motorbike, it was a rather enjoyable trip.

One tip that I would give to anybody that wants to go: leave the car at the first car park and walk the costal path, great views. Even on an overcast day the pictures speak for themselves. 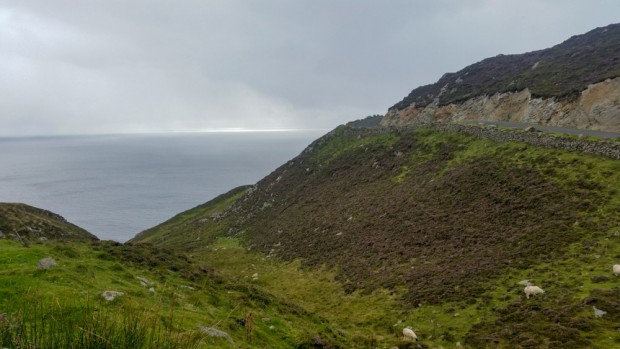 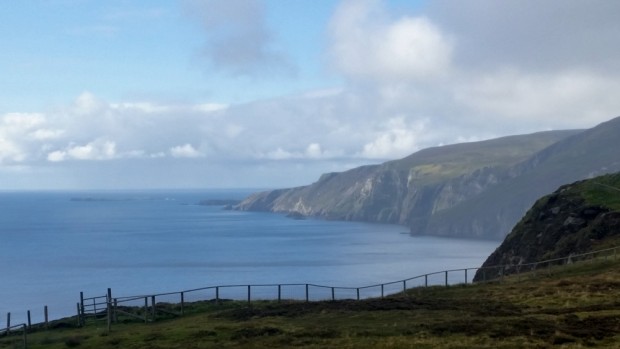 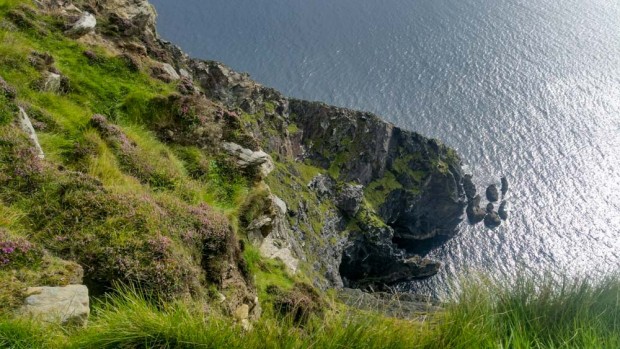 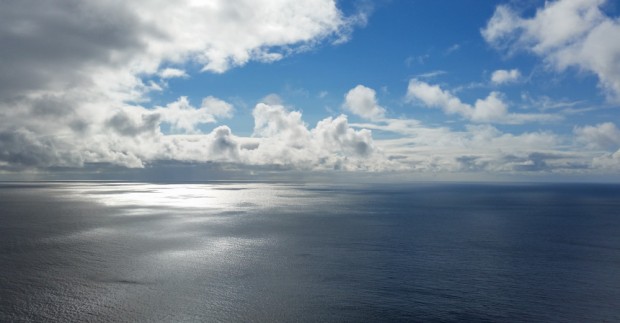 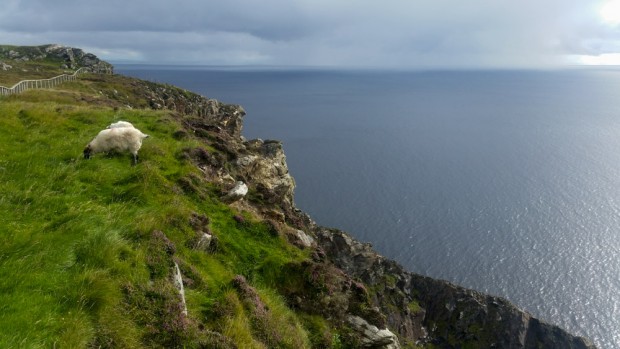 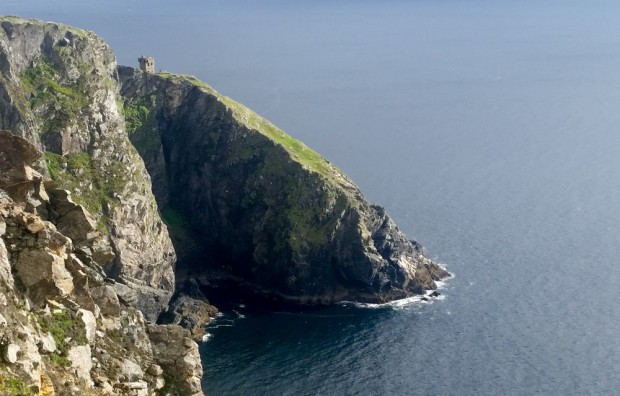 The second night stop was in Dungloe. Rather uneventful and relaxing, the B&B was cheap but welcoming and the weather played a big part in dumpening my enthusiasm for a walk around town.

The last bit of the republic was not a short ride but at the other end the prize Derry and the return to the homeland. It is rather remarkable how different things get in the few miles either side of the border.

I went into a branch of the bank to sort out some misfiring of my credit card and then rode on as I had a date with history to get to and then a ferry to catch.

Riding on the British side of the border seemed faster, not sure what it was, but it took me no time to get through the lovely ulster countryside and to Port Stewart. 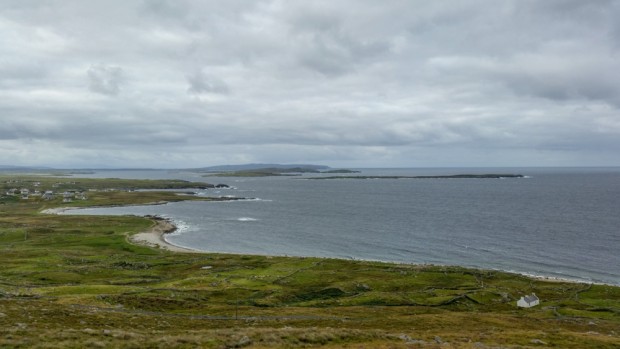 I had been here before of course. A long weekend with Tarn visiting my sister, studying at the time in Coleraine. That time as well we went to visit the Giant Causeway, but being here it seemed wrong not to go and see it again. As with many things in my life this was as beautiful as it was hard and the memories of the last time I was there kept popping up in my mind as I was meandering over the astonishingly beautiful basalt columns landscape. 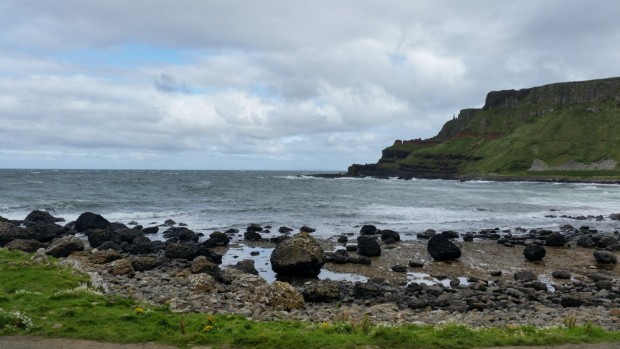 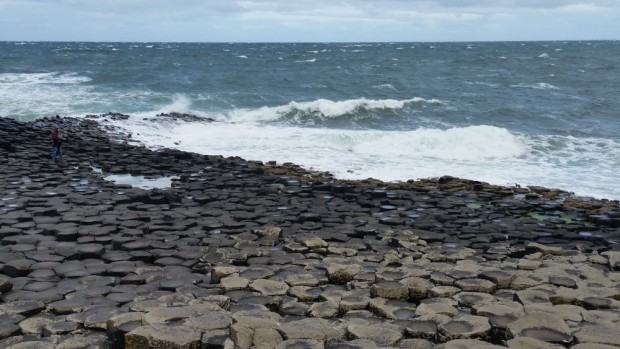 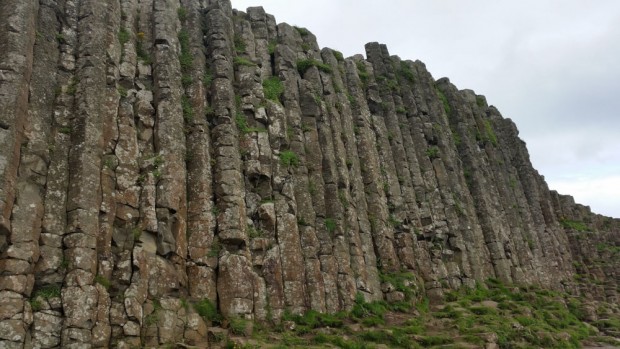 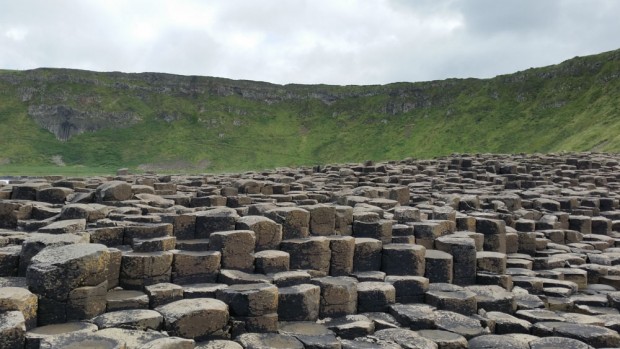 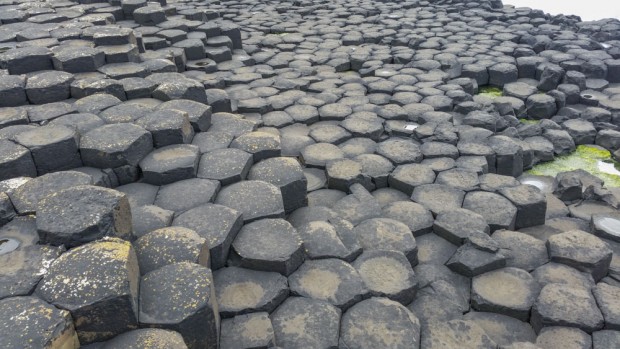 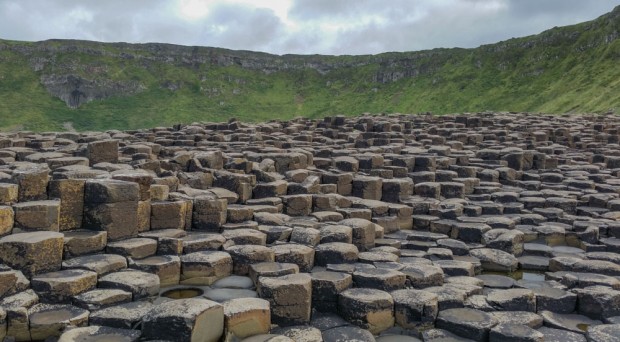 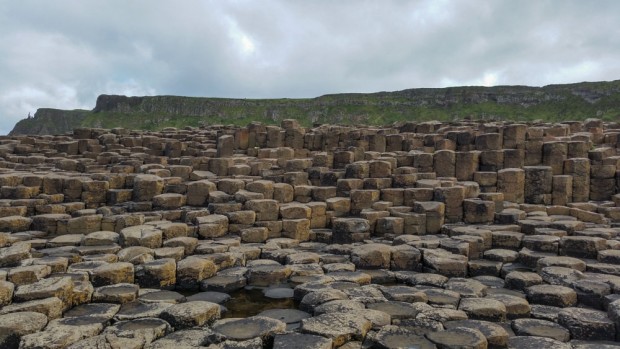 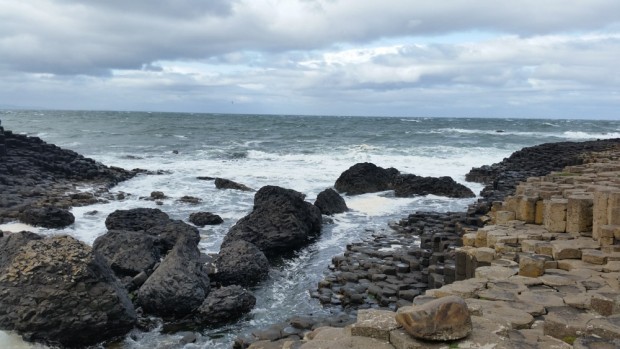 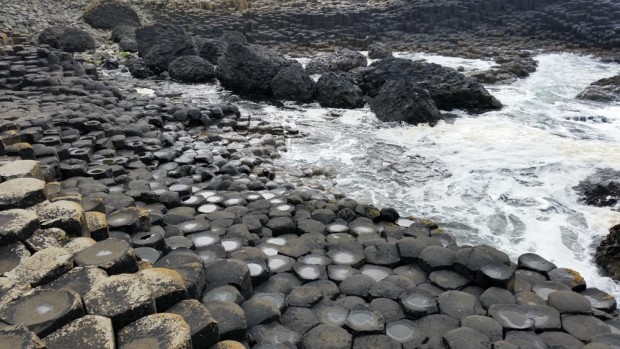 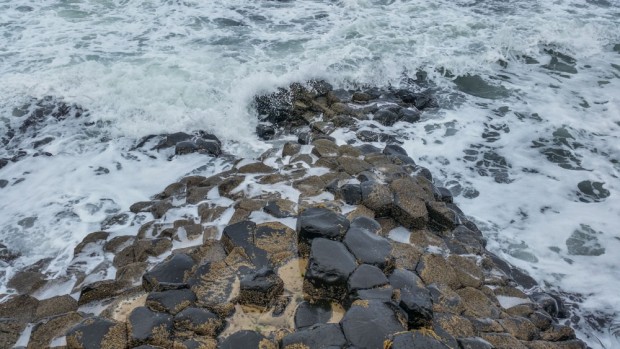 After that only one thing was left, getting onto Larne and catching the ferry to Scotland.