Page was a success, I am now looking forward to get back in the mountains and for sure The Zion National Park will provide that. I have elected to go over the river and skip the Grand Canyon proper, I’m stopping in Flagstaff on the way back so I’ll see it then. the north rim of the Grand Canyon is at the beginning a rather desert affair but, well before I leave Arizona I am surprised to go through a rather lush forest around Jacob Lake. very varied this Arizona.

On  the way to the north I make a stop at the Navajo Bridge where I shoot a fair few pictures of the river from any angle. 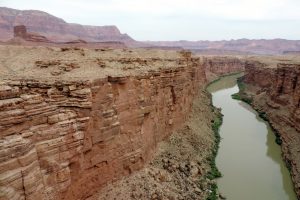 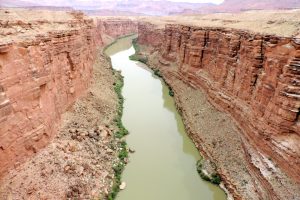 After that it was just the case of stopping occasionally when the Vermilion Rocks offered an interesting photo opportunity. 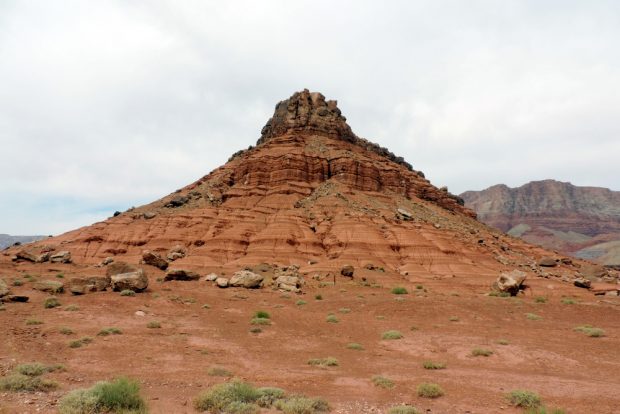 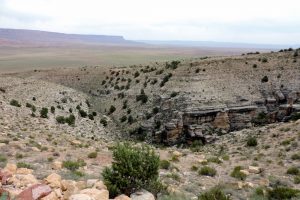 Another few miles and it was time to stop for fuel, I was rather looking forward to it as the stop was in the town of Freedonia that had evoked interest in me since the days of Duck Soup.

The stop in Freedonia was interesting and so was riding past the following town, now back in Utah, Kanab. This looks like the Hollywood of far west, and I was tempted to stay the night when I saw that a rodeo was on in a couple of hours. I kept going though and in another hour or so I was at the gate of the Zion National Park.

Just the road to the campsite was nothing short of spectacular, this is truly the promised land. My arival was however less than perfect, I got in trouble with the law as I parked the bike where I should not, they checked me out thoroughly even asking if I was carrying weapons. I wanted to say: “oh no sir, I’m British, we don’t do that kind of stuff” but I did not. Also I set up my hammock in the wrong place. Anyway all that resolved I had a lovely evening looking forward to the following two days in the wilderness.

Spoke to the Park Ranger in the morning and he advised me NOT to venture up the Narrows. The Narrows is a hiking path that basically follows the Virgin river in its ever narrowing canyon, you basically hike in the river. The risk was high of flash floods if there was a thunderstorm.

I therefore decided to go the other way, on top of Angels Landing. If you read the Wikipedia page about it you’ll realise why I turned around after the first 200 yards of chain path. In all honesty I should have turned around at Scout Lookout.

So, I almost did Angels Landing what about the second day? I got up leasurly and decided to take the free shuttle bus up to the Narrows, just to do the riverside walk, until the path run out. But when I got there the weather was so good, and so many people were going into the river that I decided to go for it. Unfortunately I had no poles with me, which would have helped, and was in sandals, not recommended. All in all it was good, I went up as far as Wall Street then turned around. You could say I also almost did all of the Narrows. 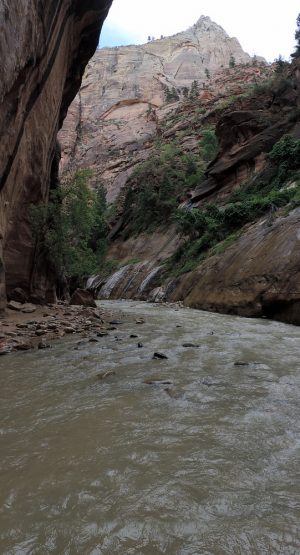 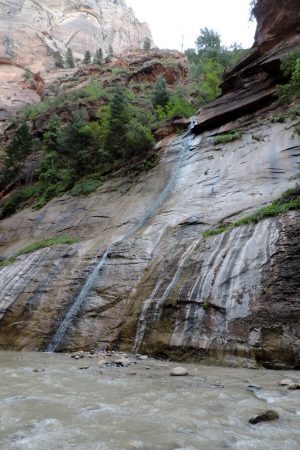 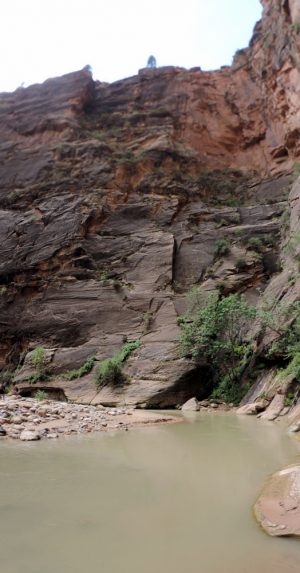 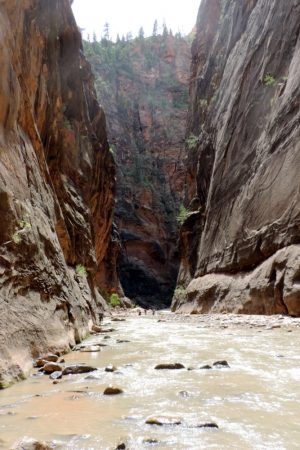 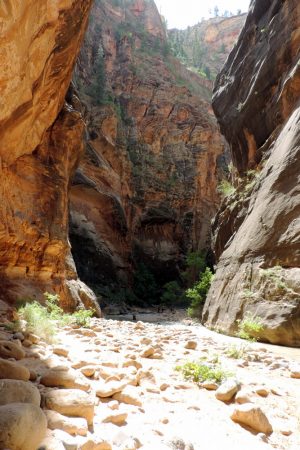 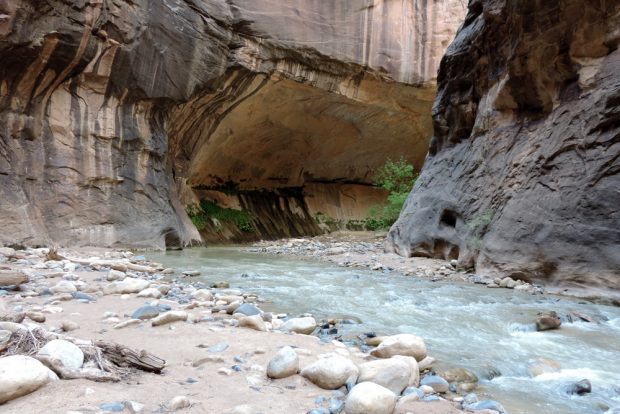 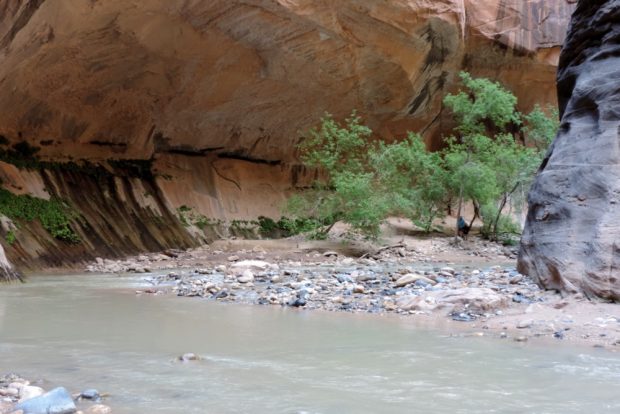 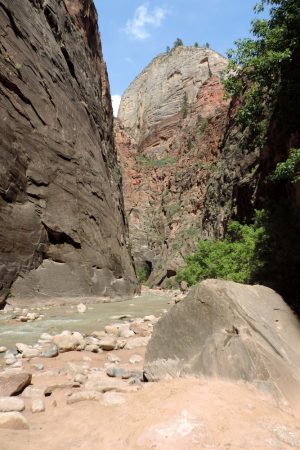 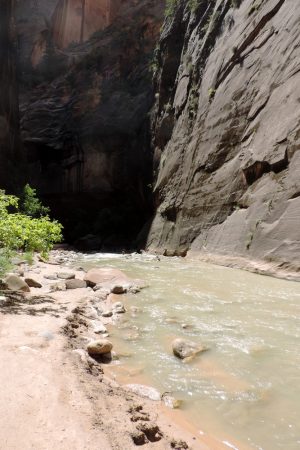 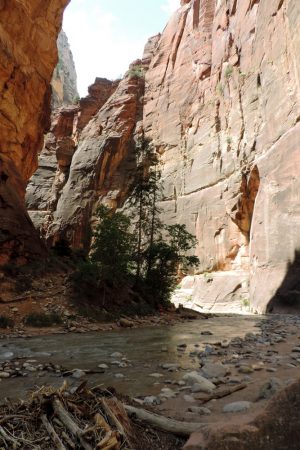 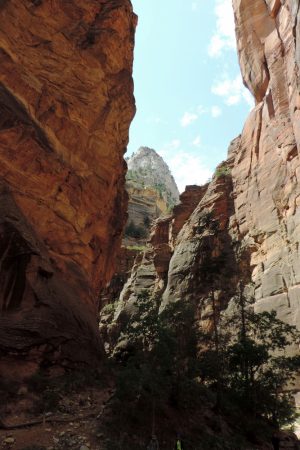 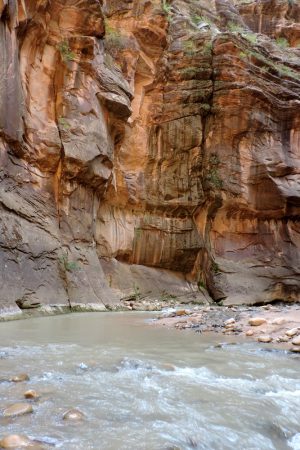 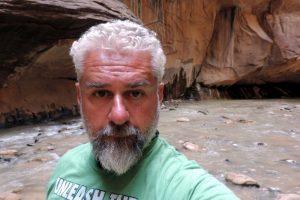 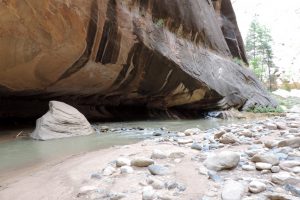 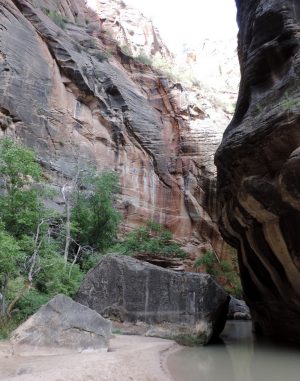 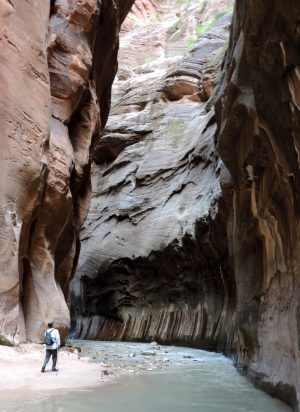 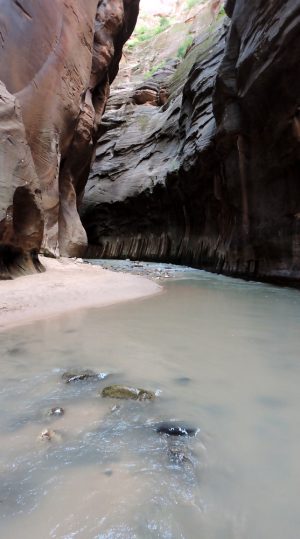 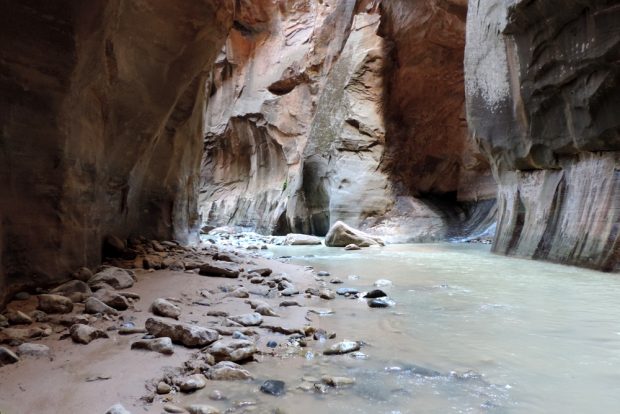 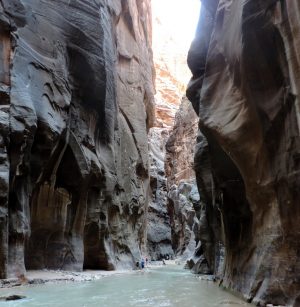 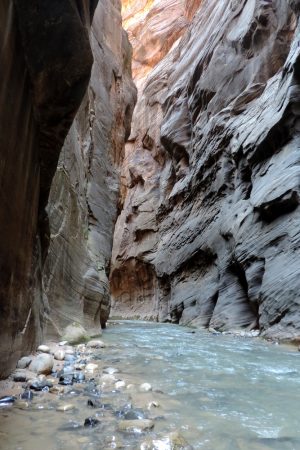 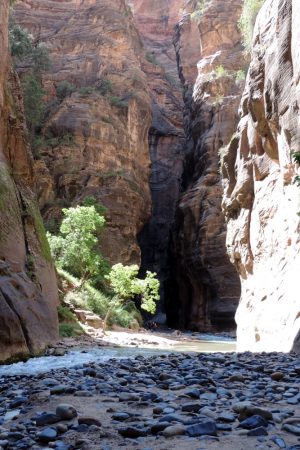 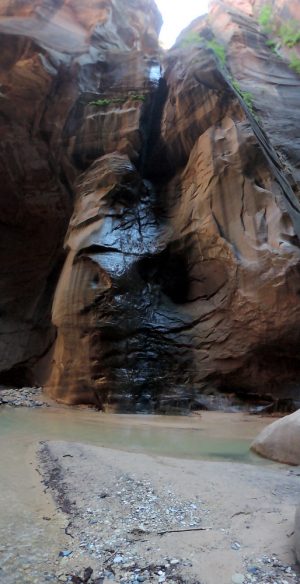 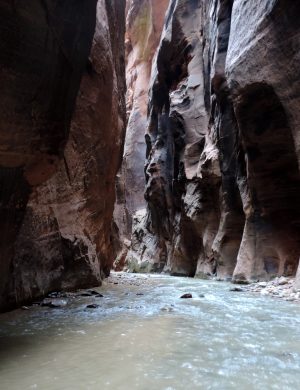 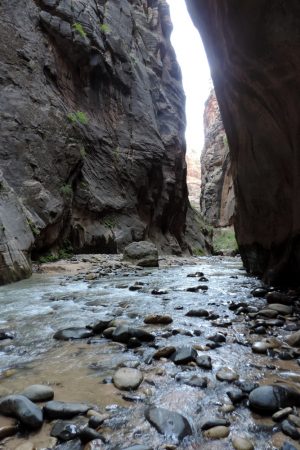 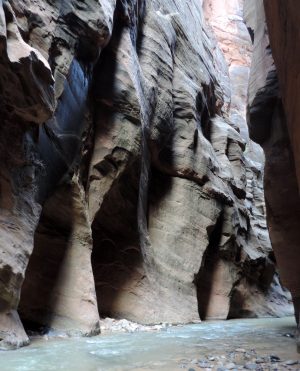 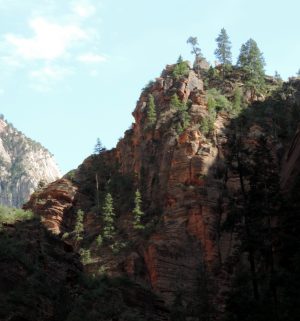 It was fun and thanks to a stick I found along the way not so challenging after all. I’ll come back one day with David and we’ll hike the full length of it.