Today has been a day full of reflections. The route was easy and the weather was manageable so there was nothing to do but to think. I met a nice couple of Austrian people last night in the campsite, I had met them before on the west coast of Northland and, despite the fact that they are in a camper van and I am on a bicycle we seem to be going at the same speed.

I spent some time talking to them and described, yet again, the why and how of my life. They thought what I am doing is the right thing to do though they hit on something I had not thought about for a while, I have no home.

I would not call myself homeless though, I have the tent after all and I also have transport. I could be a vagabond or, better, a gipsy. As the song says though, I’m a luxury gipsy, as I have the comfort of several credit card to fall back on.

Regardless of that, which incidentally was critical at the beginning of the trip in terms of the reassurance it gave me, I know now that, given another year or so I could easily cut it even without the safety net of wealth.

When I started touring last October, as well as overloading with things I spent the day worrying about what I was going to do in the evening, where I was going to stay, was I even going to find somewhere to stay at. Now that is the last thing on my head. I know that something will come up and, even if I plan a bit where I will stop, if things change, I can always readjust and get something sorted.

Material things are another aspect in my life that I’m slowly reducing. Normal lives in the first world are defined by possessions and by the status that possessing them grants to people. I was no different and I am still too attached to technology but I’m hoping a few more trips will help me shed another few bits of kit and live a more analog life.

One example of that effort is the staunch refusal, despite high peer pressure, to acquire a kindle. While away I am reading a lot more but I have discovered the beauty of the book exchanges that you can find in hostels and campsites. Granted this only probably will work in first world enlightened countries but I am at the moment enjoying not only the serendipitous nature of the choice of book but also the fact that I enjoy “pre loved” books at the cost of the initial one.

All in all it is acceptable not to have fixed abode, it’s just the case of swapping a set of problems (larger) for another (smaller). Even though I’d go back to what I had before in a flash, unfortunately that place does not exist anymore as the fundamental ingredient is lost. I’ll just have to make do with, and make the most of what I have left.

As I said the traveling today was less than a triller, but it had it’s amusement moment while I was on the boat. I looked at my shadow and I realised that my hair, which had been freed from the hat, as I was afraid it would blow away, were really moving wildly into the wind.

I took a picture of the shadow and then I turned the camera to myself with incredible results. I’ll leave you to judge which is the best hairdo. 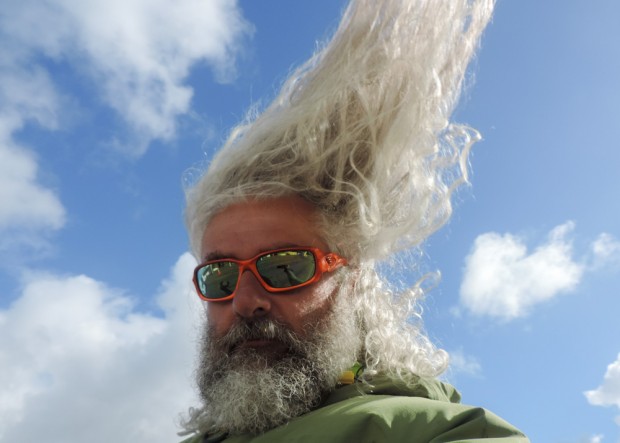 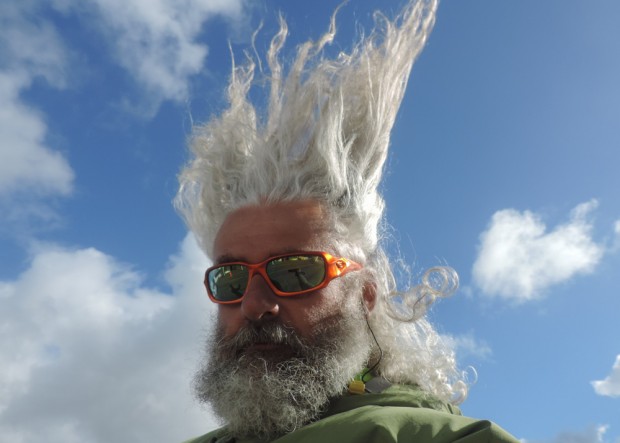 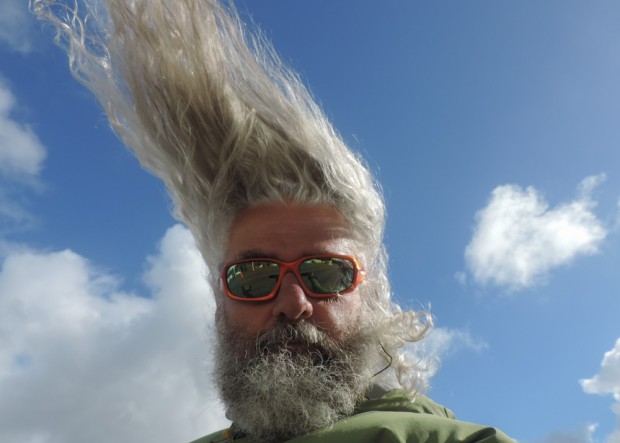 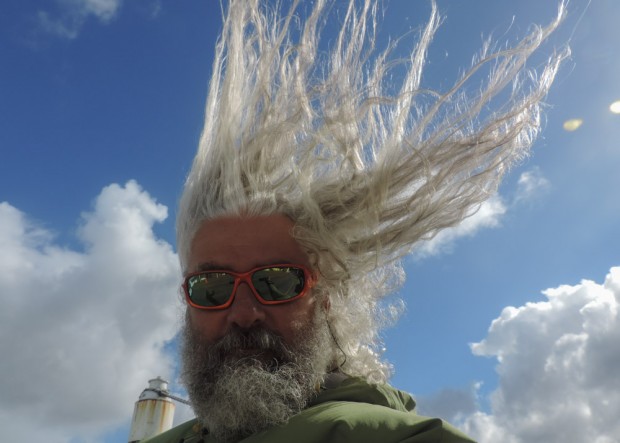 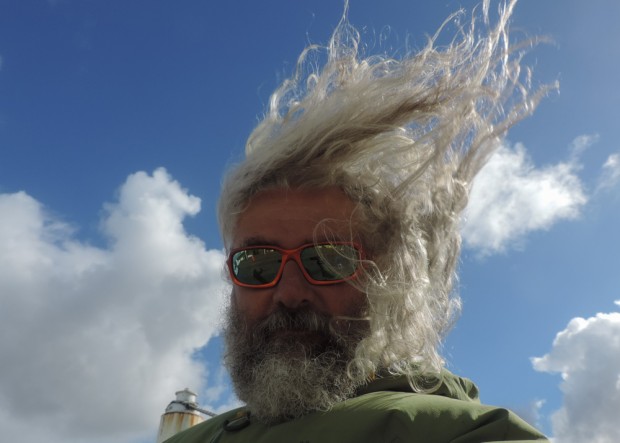 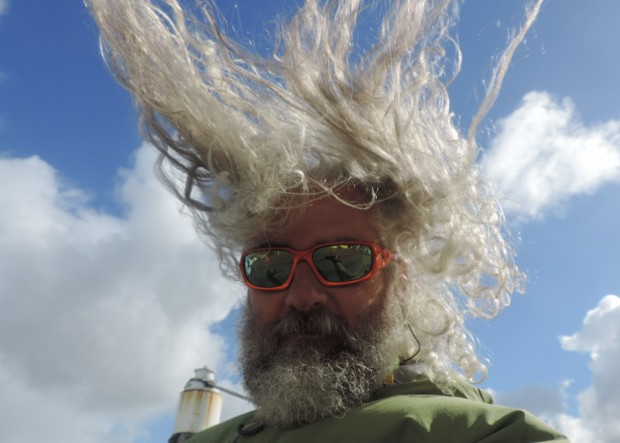 After landing in Rawene it was just another 10 miles to the campsite and they went fairly quickly despite the wind that, given my change of direction was now in my face again.

There appeared to be a few issues on the mind of the locals and I saw a fair few “no drill” signs, I wonder if this is a new thing.

As I got into Opononi I set up camp and then I cycled back to the township where I got some food and a takeaway. I also attempted to get cash as I’m down to my last $10 note. The good news is that most paces, even the smallest shops, take cards in payments, even for very small amounts, the bad news is that none of my cards can get money out of the cash machines outside cities. Anyway, it’s only two more days to Dargaville which has banks.