I was waiting for it and it did not let me down, the sunrise this morning was one to remember. Before I get into the flood of pictures I took of it let me show you some I took last night of the surfing lads that remained out surfing till way after sunset. At one point i thought they were going to put head lights on and carry on surfing.

Let’s come to this morning. I was hoping to get a great sunrise as, as far as first row seats, the tent placement last night could hardly be beaten.

I woke up at around 7:00 and checked the phone to see when sunrise was going to be. The answer was 7:38. I got ready and put on  my fleece in preparation for getting dressed and out of the tent. Then I saw a glimmer of light right in front of me on the sea and I realised that I could get the whole thing without getting out of the sleeping bag and I simply got the camera and the phone ready and just sat there waiting.

I think I took the first picture at 7;30 and probably the last one at 7:40, in the meantime I had time to take a few shots with the phone too to put on Facebook (apparently people like sunrises and sunsets as the two posts with these pictures are the ones that have attracted the most clicks of the entire trip.). The result is here below without comments so feel free to scroll down to the bottom if sunrises are not your thing. 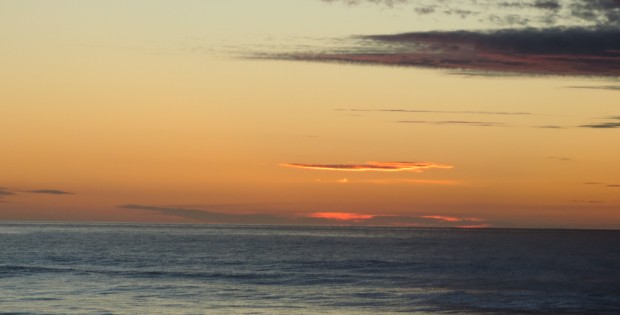 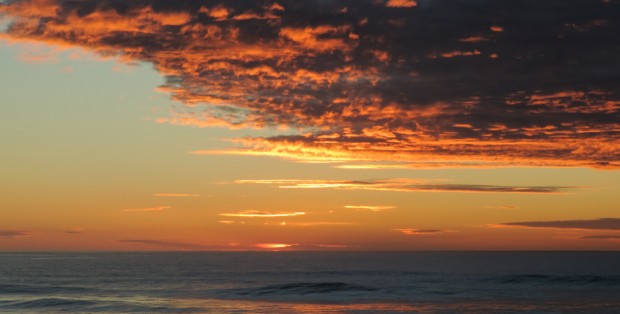 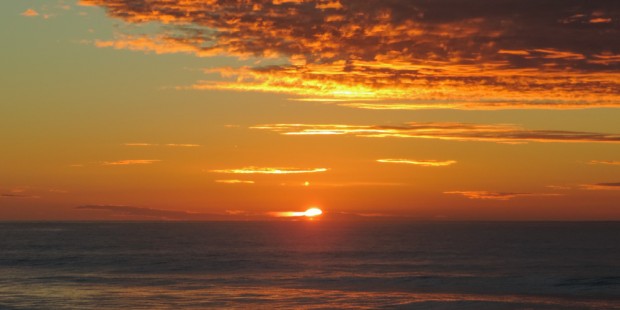 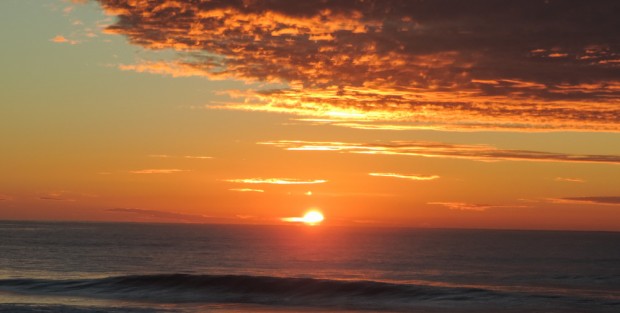 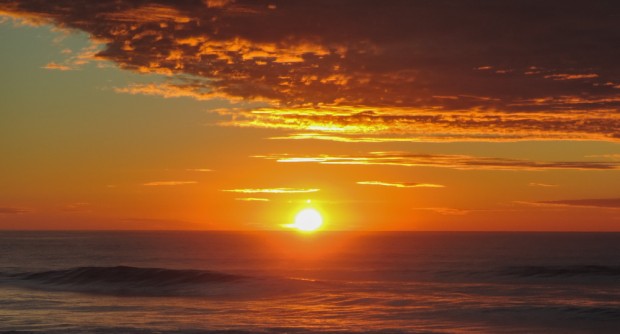 After I recovered from the amazement at the wonder of nature I started packing up, there was the first cycling day for a while in front of me and I was not completely sure where the day was going to end.

There are approximately 93 miles between where I was and Picton, where I will catch the ferry to the north island, and the thinking was that I would do them in two stages and then get the ferry on the third morning. To do so I had identified a free campsite some 43 miles from where I was, but the information on this site was a bit limited and the comments went from “it’s just a car park” to “the toilets are really smelly, but it’s fine for a night”. 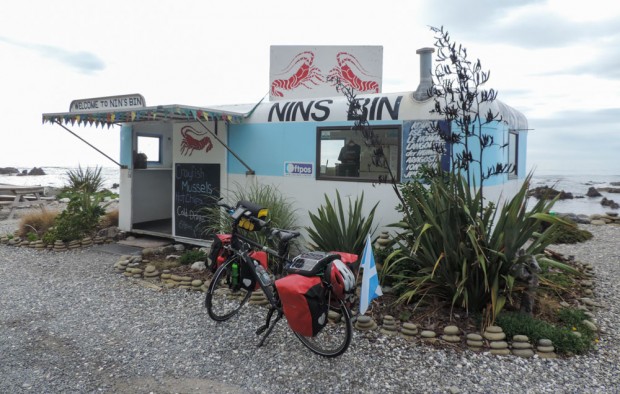 it was sort of recommended to me by Andrew and, as it was on the road, and I like crayfish, it seamed to me a great thing to give it a try. What I was not prepared for was that I got a whole crayfish and the price that came with it. It was actually delicious but unfortunately, due to the early hour I could not have any chips, which would have made an excellent breakfast carb contribution.

Breakfast had I took the last picture of seals as I suspect you have probably had enough of seals pictures. What I also did was take a short video of seal pups playing in a little pool, I will put it up as soon as I get to somewhere with good broadband.

The only thing left to do was set sail and ride the last few miles of Canterbury and enter the last region of the south island, Marlborough.

the road was now taking me to the interior and it was not long before I saw the Marlborough sign.

Canterbury was actually the last region of the south island that I needed to complete the collection as I have already cycled through Marlborough when I got off the ferry. If I am correct in my calculations, by the time I end the cycling in Auckland coming down from the north peninsula, I will have cycled in all the regions but two, Gisborne and Taranaki in the north island.  Just an excuse to come back another time I guess.

The ride from here changed to somewhat more hilly. It did not seem to be a problem and even after a tea break, in which I had a superb lemon drizzle cake, I was making real good progress with little or no ill effect on the legs.

At round about 14:00 i got to Lake Elterwater, which was where I had though I could stay the night. The first impression was not good, with a lorry trailer parked at the entrance and two rather shabby porter cabins. A quick inspection of the site revealed that it was really just a car park and, while advertised as a stop suitable for tents, it wasn’t really.

I stopped, had a drink, took a few pictures and looked at the map to see what my options were. I had ridden 43 miles and there were 2 options: 21 more miles to a camp south of Blenheim next to a trucker’s caffe, or 29 miles to the Blenheim Top 10 Holiday Park. It was early, the legs were fine and I was leaving myself only 17 miles for tomorrow, so I went for option 2.

One added benefit of the change of plan is that, with only 17 miles to go tomorrow I can anticipate the ferry and get into Wellington tomorrow night giving myself one day in hand if something goes sideways later on.

Cycling the last twenty something miles was almost relaxing, I even stopped for an ice cream in Seddon where I had a good chat with a group of motorcyclists on their way to the yearly gathering that this year is in Coromandel.

In these miles I finally got to see the thing for which Marlborough is famous. I cycled for miles on the side of vineyards and it was only the fact that tasting is not advisable when cycling that stopped me from getting into the various wineries along the way.

In the end I cycled 72 miles in 5 hours and 20 minutes and I am now booked onto the 10:45 ferry from Picton so tomorrow morning it will be early rise. I only have 17 miles from here to the terminal and 11 when I get to the other end so it should not be too taxing. If the weather is better than on the other journey I will have the chance of taking the so elusive Wellington skyline picture that I failed completely to get last time.