Route 66 is a classic motorbike ride. It coes from Santa Monica in California to Chicago in Illinois crossing: California, Arizona, New Mexico, Texas, Oklahoma, Kansas, Missouri and Illinois. I have seen a bit of it while staying with Ken in Rancho as it runs very close to his place and through San Bernardino, over the next few days I will be on it in all but the last three states as I’m turning south after Oklahoma City to get to Austin where the end of the bike trip awaits.

After leaving Joshua Tree National Park turning north I get to Amboy, a nothing place in between the Mojavie Desert and Joshua Tree where I get onto 66. 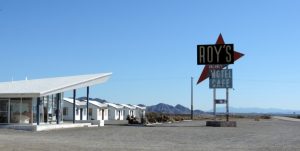 The route is fun, it is obviously now the only money spinner for an area which used to be the centre of traffic and with the advent of I40. I was going along rather pleased with myself with the progress as well as the fact that there were more gas station than what I could se on the map, lack of gas is always a touring rider bugbear. The only thing that is worrying me a bit is a rather worrying rattling noise coming from the under carriage that is worse at low speed. I eventually track it to the chain that, unsurprisingly after 12,000 miles is rather more slack than it should be. I’m in striking distance of Needles, the last city before the Arizona border, and I will look into finding a Kawasaki place there. Turns out there is none there but my good luck wants that the place I need is only another twenty miles further up the road in Bullhead City Arizona. $150 and I’m now furnished with a super new chain and rattleless. 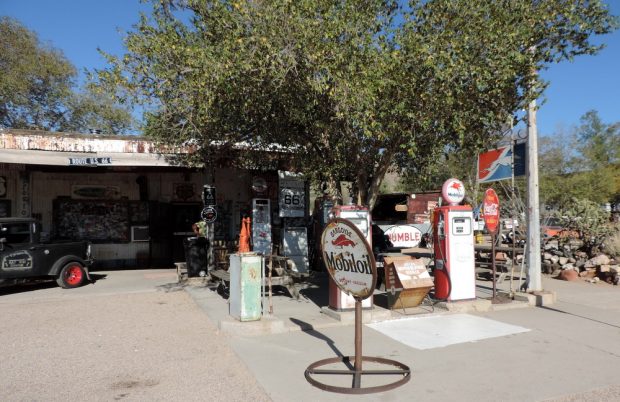 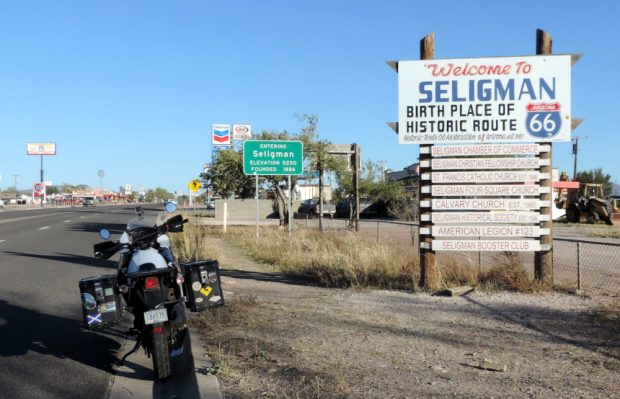 All left for me to do now is to ride the still quite long way to Flagstaff where I will stay with Eva, a lovely girl I met down in Patagonia in the winter.

The road becomes progressively more scenic and the 66 feel grows with every mile approaching Flagstaff. The other thing that hits me almost as a surprise is how green northern Arizona is. Having seen Page and knowing of the desert like scenery of Phoenix, I was not prepared for the lush pine forests that line the entrance to Flagstaff.