Good sleep, but early rise. I am doing something new today, I’m traveling in group. Last night I got to know a group of Italians from Alessandria in Piemonte, who are just about to finish their titanic endeavour from Puerto Montt in Chile in just a month. Renato, Matteo, Carmelo e Franco saranno i miei compagni di viaggio per i prossimi giorni e io avró il privilegio di tagliare il traguardo di Ushuaia con loro.

Cycling in company proves immediately to be a completely different experience. You can chat and pull each other when you’re down. Of course it also includes all the work necessary in any partnership, but, judged only with an eye to the peddling part, it’s really good.

The conversation is as good as some of the scenery that we pass. The increased amount of trees is punctuated by areas where the combination of wind a and limited soil on the bedrock causes the trees to die leaving skeletons in place of the trees that once were.  This wood, which would only bee good for burning is, in the main, left to slowly and naturally decay as this fossil fuel rich region has a very log gas price.

The route today is taking us along Lago Fagnano, apparently named so by an Italian, and then, cutting at Lago Escondido up the Paso Garibaldi and then down on the other side to Ushuaia.

The cycling is good and we also manage to fit in a pause for a coffee that apparently had been forthcoming from their first day of cycling. Perhaps I’m buena suerte for them.

After the coffee break the real work starts, we get close to Lago Escondido and the consequent climb to Paso Garibaldi. I breake from the group too early and Carmelo stays with me while we put some distance on the peleton. Unfortunately we get to a spot where it is impossible not to stop for photographs and we do bringing upon ourselves the recovery of the group.

After, the others having played defence, and having too much in their legs for me to fight, made it so I indulged in a final pause and took a picture of the pass sign. 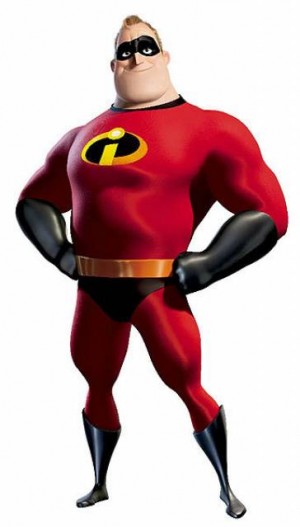 Despite the effort we are only just more than half way to Ushuaia. The other side of the pass is an exhilarating descent of a few miles and when we get to the bottom we celebrated with a stop in a bar that had just the best sign ever.

After that it is a simple flattish ride all the way to Ushuaia.

In Ushuaia we are met by Carmelo’s dad and mum and we park ourselves for the night. The guys are not fully satisfied with the accommodation so we will move to a different hostal tomorrow. For my part I’m just going along with the flow, they are really good fun and it makes a change to be with someone that understands what this thing I do is all about.

We go for a stroll through town and get something to eat before turning in and sleeping rather soundly.

Day two (Thursday) is all about getting organised. We organise the penguin expedition to be done on day three, I spend half the day searching first for a cheap ride to Antartica (a friend told me you can get last minute rides for up to 75% discount), then any boat ride to Punta Arenas, as I would rather see the fiords from the sea than the inside of a bus. In the end I fail on both fronts.

The cruise to Antartica, 11 days with three actual days on the continent, can be had for roughly 50% discount, but it’s still $5,600, and, quite frankly, I can think of many other places where that money might be better spent.

The ride to Punta Arena is even less of a goer, the boat across the Beagle Channel to Puerto Williams, where the boat to Punta Arenas leaves from, is not running till Tuesday coming, but that in a way matters little as the boat from Puerto Williams is fully booked till the 6th of March. Not totally discouraged I walk down to the marina and start chatting to all the yachts owners. Aside from the interesting chatter i get very little. It appears that we are very early in the season for boats to go north, now, they are still coming down and going forward south towards the pole.

I guess it’s going to be bus.

The others were more successful and booked a trip to the Penguin Island for the following day. It turned out to be great.

We do not leave to early in the morning and this gives me some time to start the organisation of the passage to Punta Arenas. I do not want to cycle back the route I already cycled and, with the sea not being an option, the bus is now the only choice.

We get collected by a mini bus and an hour and a bit later, filled of a large quantity of interesting fact about Tierra del Fuego, we get to the Estancia Harberton which is the jumping site fro the penguin sanctuary.

We take the quick boat ride and then we are on the island for nearly an hour in which we get very close to an awful lot of penguins.

As it was time to leave it almost feels like one of the Rey was showing us out. I decide to brave the elements and sit at the front in the unsheltered part of the boat, it’s not really that bad and the view is much better than through the plastic canopy.

As we get into the bay all is blissfully quiet and we promptly land and get directed to the restaurant where the guys and I sample one helping or three of the local brew. One last stop remains before the bus journey back, the marine biology museum.

We only spend half an hour here and indeed the whole museum is no more than one big room, we get however a guided tour and the stuff is quite interesting. What was most interesting for me was that the tour before ours was for a group of Brazilians and I sneaked in for a while trying to understand what the guide was saying. Amazingly I could make sense of most of what she said and this gives me great hope for my future exploration of that part of the world. In further conversation with others though my enthusiasm was somewhat reduced when they told me that the distance between Brazilian and Portuguese is way bigger than between Espanol y Castillano. 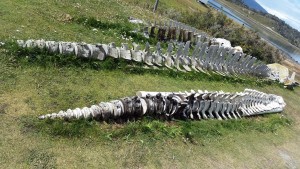