What a beautiful place

Rest day in Napier meant just that, a little walk in the morning, more on it in a second and a movie in the afternoon. The legs should be ready to ride the 8 days that separate me from Auckland even if I know already that one or two of them might be in the rain.

The morning I spent going around the town and taking pictures of the wonderful architecture. I took advantage of the guided tours organised by the Art Deco Trust and that gave me access to all the information I was missing to fully apreciate what I was seeing.

The tour started from the iCentre by the sea and after a brief introduction on the terrible earthquake of 1931 we walked around the central part of Napier and got described the best features of the buildings around us.

The group was quite good fun, ten people in all but good natured, the guide was good too and very spry, in on eoccasion she had to stop to wait for the laggers.

I did not take most of these pictures while the tour was on, I thought it was better just to listen and I knew that, being the tour just one hour, I could come back and do the tour in reverse and take pictures of the things that I liked.

the fact that I went back to take the pictures also gave me the opportunity to look at some of the things that were on route but the tour did not incorporate.

The earthquake destroyed most of the town centre and the lagoon that was behind the town also disappeared as the ground rose by 2 metres. What the earthquake did not destroy the fire that in the immediate aftermath ensued finished off.

The whole reconstruction happened in roughly two years hence the number of date plates on the building saying 1932 or 1933.

One of the thing that makes Napier unique is the scale of the construction at a time where in the rest of the world the construction industry was still not coming out of the great depression hybernation.

After the end of the reverse photo trip I continued towards the garden and got intrigued by the variety of the Art Deco activity that goes on. They obviously are making this theme going as far as it possibly can.

Finally I went to the gardens where the tour had started as I thought there were some very nice features that deserved to be reported on.

I then went to the hostel and had a very relaxing afternoon in which I watched the last Hobbit movie and did a bit of office management.

Having a meeting set on video conference for 20:30 I went out at around 18:00 to get some food and then I took another stroll around town a the lights were now fully artificial.

Then I took a few pictures of the fountain as it changes colours with different light and combination of jets. 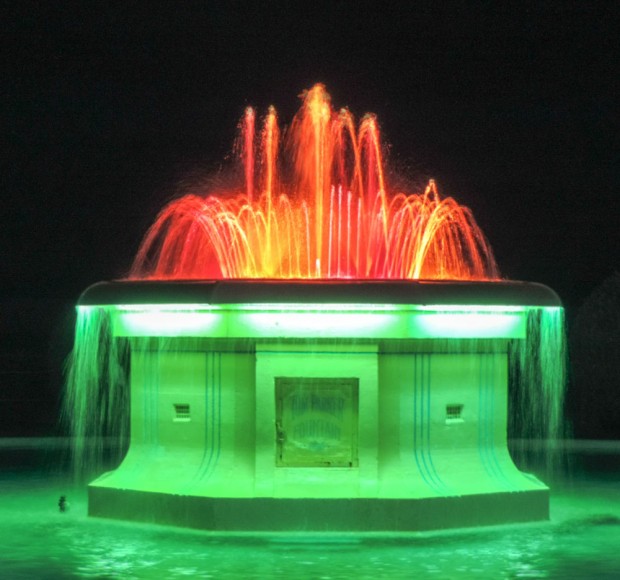 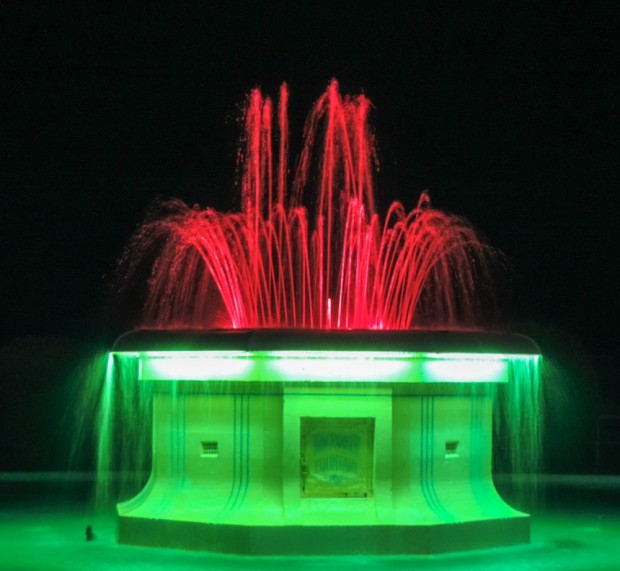 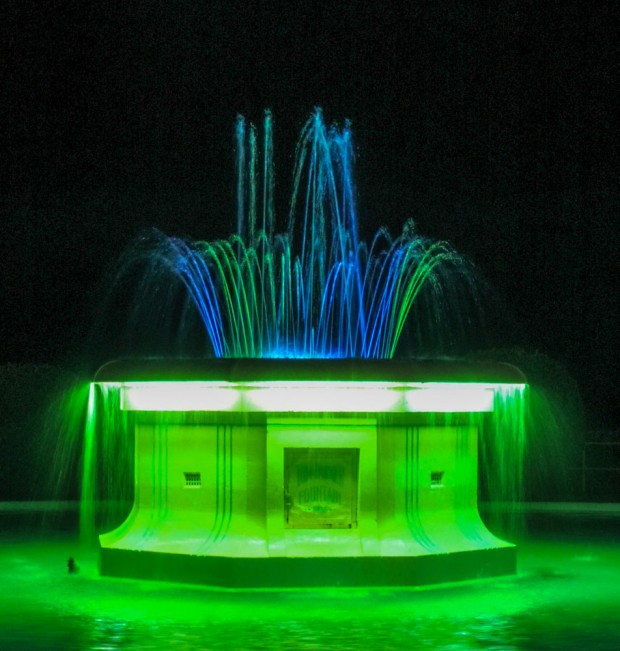 I am really glad I spent time in Napier, I’d go as far as saying that it is the town I liked the most in the whole trip so far.