We’re finally here, or to be more precise we will be here in three or for weeks maximum. The bike is serviced, the flat is nearly empty and ready to rent, the motorbike is sold and soon the car will be too. There are still a few boxes laying around and they’ll be soon enough dispatched to their resting destination. It looks like I might have been able to shrink my day to day possessions enough for them to fit in the five bags I can fit on the bicycle.

I still have to complete the final round of bureaucratic necessities but most of it, including a proper will, are in place. So it’s time to start contemplating what’s ahead of me for the first leg of the tour.

Originally I was planning to keep it simple: faster route to Southampton, cross the channel, follow the west coast of France, cross Spain in a leg efficient way then stick to the west coast of Africa all the way to the bottom. That plan was easy and would have kept me out of the way of most of the trouble spots.

Unfortunately this plan went up in fire even before the tyres hit the tarmac. The Ebola outbreak in Guinea, Liberia and Sierra Leone will probably force me to take a sharp left turn when I get to Senegal and go through southern Mali and the Ivory Coast hoping that those countries will be still open by the time I get there. In saying that the international community is mobilising with some speed on the Ebola front and I do 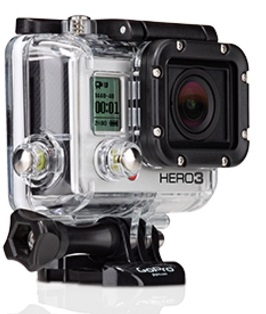 not expect to be in that neck of the wood much before March which means that the outbreak might be under control if not completely over.

After that it’s just the case of staying clear of north Nigeria, which I’m planning to do, and then it’s all downhill to South Africa.

I have succumbed to the allure of a video camera. I decided that having a GoPro Hero was worth it if not for the filming at least for the time lapse recording with which I’m sure I’ll bore the visitors of the site for quite some time. The good thing about it is that it’s very small and it anchors to most things, including the bike helmet. My good wife would have enjoyed that, as it is probably the only thing that will make me wear the helmet on a more regular basis.

Other than that I am still considering if I should buy a good folding knife. I have one but it’s a bit, well, on its last leg. Perhaps I’ll just mull it until I get towards the edge of Europe, then we’ll see.

Added 25/9/2014: The beheading practice is now expanding to Africa, this is a worrying development. I realise that it’s Algeria with long standing known security problems and I’m not going there. I also know that I’ll be traveling with my Italian passport and Italians are not bombing anybody,  so far. The truth is, however, that the genie might be out of the bottle, and using hostages as a war tool might be the new normal. Anyway I’ll let you know how things are when I get there.